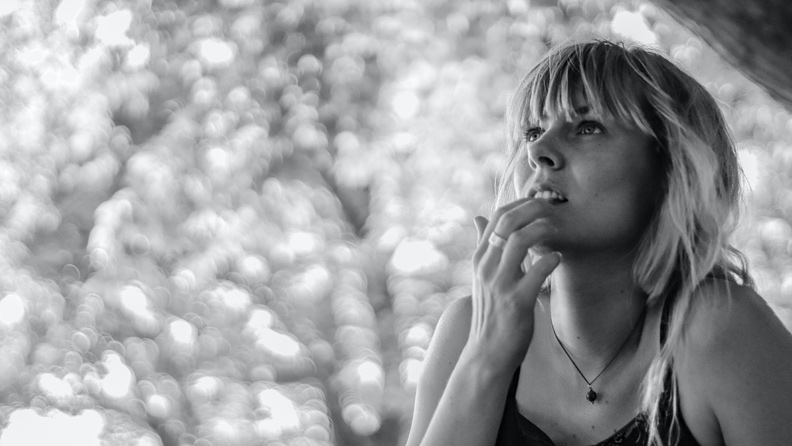 Taking the Next Step- A New Choice

I mentioned in a much earlier episode that I had to take a new path in life and made another, later in life pivot.. a few of them actually and so I sort of know what it’s like to face change and to step out of the comfort zone.

Now for some, change can happen in a number of ways:

• It could be voluntary for many reasons
o Maybe you want to retire with purpose and you’ve had this idea in your head for awhile
o Maybe you’re already retired either from the military or the workforce and you want to try life 2.0 but this time doing something that makes you feel alive

But if nothing changes, then everything will stay the same right? And it’s for that reason alone that you’re even thinking about stepping out of the comfort zone. Maybe you’re tired of feeling comfortable.

And even though you used to think that you’d never really pursue that dream you’ve had to start your own business, now, with the situation you’re facing, it’s starting to look like it might not be such a bad idea after all. Am I right? Like I said, I’ve been through this scenario more than once.
But.. you’ve got a lot of questions. And doubts. And then more questions about the answers to the first questions. I get it. There’s a lot to think about. There’s a lot to talk about. But at the same time, if you’re anything like me, over thinking can also be tying your hands behind your back.

So, are you an over thinker? Over planner? One thing I noticed about over thinking is that it always seem to lean toward the negative. Have you ever noticed that? We don’t overthink the positive and wonder about all the things that could go right, do we? We seem to be naturally convinced of the negative and have to have someone, or maybe a few people, who are the ultimate optimist try and break through our negative thinking and persuade us that a good or great outcome is certainly possible as well.

How to Overthink Into Oblivion

In his new book ‘Soundtracks’ by Jon Acuff, he describes over thinking this way. “It’s one of the most expensive things in the world because it wastes time, creativity, and productivity. It’s an epidemic of inaction, a tsunami of stuckness…Over the years, you’ve built a soundtrack about your career. You have a soundtrack for all your relationships. You have a soundtrack you believe about your hopes, dreams, goals, and every other aspect of your life. If you listen to any thought long enough, it becomes a part of your personal playlist.”

Now I’m a big fan of planning and being prepared. But I’ve also found that that can be an excuse for never actually moving forward to the point of actually doing something meaningful. Of flipping that commitment switch in your head and calling yourself an entrepreneur.

Because our thoughts control our emotions. Ok.. so, do you want to have a successful business someday? Whether it’s something full time or part time? If you want to be successful, then it’ll start when you believe you’ll be successful. Don’t have a pathway yet for your dream, then make a path. You can do it. We were made to dream. I believe in you. How? I already told you. If I can do it, so can you.

Do you want to be an entrepreneur someday? Then start calling yourself one now. Start thinking of yourself as one now. You’ll need that mindset solidified in your head first, in advance, not later when you think you’ve arrived at some stage of accomplishment.

Are you thinking about being an entrepreneur? Then tell yourself you are one now. Think like one. Act like one. Plan like one. Live like one. Introduce yourself as an entrepreneur. It’s not being fake or phony. This is the way it starts the process of how you work through the startup phase of launching your dream. This is what needs to happen to turn that dream into a reality. A commitment. An identity. A new focus on life and how you’ll live it.

Don’t think you have what it takes? I won’t believe that. Look, if I can do it, so can you. Now will you make some mistakes? Of course. Everyone does. And sometimes those mistakes will help you to learn what the true path you’re supposed to be on really is. Mistakes are just life telling you to not do that again. So then when we learn by the life mistakes or the business mistakes, no matter what they are, we’re on the way to a better, more focused path.

Now, you can certainly just take all this in and store it away with everything else you’ve learned about starting your business, but be certain of this. The more you delay, the more money it could be costing you. This isn’t a guilt trip I’m pulling on you. This is just me thinking about how much passive income I would have never earned if I didn’t start when I did. Now did I start too late? I think so. But I can’t change that. I quit my job, spent a year in business with someone else that didn’t work out and then went solo in 2002. I started receiving passive income in 2003. Passive income. Products or services that people purchase that automatically renew.

Now looking back, if I didn’t start my business when I did, I would have never started the process of receiving that passive income. Translation…money lost. Money never earned. Now if I had never flipped that entrepreneurial switch in my head and just kept working that job I hated, many thousands of passive income dollars NEVER EARNED.

So learn from my mistakes, yes, but also learn from my successes also, OK? There’s a time for planning and waiting and there comes a time to make a commitment.

But this message today isn’t about process. It’s about a choice. What are you going to choose to be today? You’re listening to a small business podcast or reading my small business blog for a reason. That shows me that you’re half way there and you’ve got your finger on the switch you need to flip but you’re not quite sure about something yet.

If you’re going to wait until you have all the answers to your questions, then you’ll never flip the switch. There’s a lot of things you’ll just have to learn as you go. And that’s ok. That’s a normal part of the process.

So whatever reasons you have for believing something other than you being successful? Get rid of them.
• Think you waited too long and the window of opportunity has passed? Don’t believe it.
• Not good with technology, so you don’t think you can learn what you need? Don’t believe it. There’s plenty of resources and people that will help you.
• People might think you’re crazy so it’s holding you back? Don’t believe THEM.
• You’ve had a business before and it didn’t work out so you’re not sure if you can be successful this time? Don’t believe it. You’re chances of success are even greater now that you made some mistakes and know what not to do.

You can do this!

Again, if I can do it, so can you. If you need some help along the way, reach out to someone that’s been through the process with success.
There’s a lot to think about and work through with this and I’m only touching on the basics here, but if you need a little help in putting all the puzzle pieces together and you’d like to continue this conversation I’d be more than happy to talk to you about where you’re at in your small business journey and how I can help. Just go to www.tomclairmont.com and in the upper right part of the screen, I have a button you can click on for when I have free appointment time to get to know you and your situation better.

Friends, I always want to end by saying, Stay encouraged, follow your dream and don’t give up!

Do you like this article and want to get more each week to your email inbox? Signup HERE.

If you’d like some help in determining your path to self employment, I’d be glad to assist. Send a little information through the quick contact form at the Contact page.

Want More? Get a FREE E-book!

“A winner, is a dreamer that never gives up.”

This post may contain affiliate links. Please read my disclosure for more information.

If you need coaching for your startup idea, or assistance with a specific service that I offer, please book a free discovery call
by clicking on the button at the top of the page.